What is Alzheimer’s disease?

Alzheimer’s disease is a neurological disorder in which the brain cells degenerate, which leads to memory loss along with the cognitive decline.

Alzheimer’s disease is the most common type of dementia, which accounts for 60 to 80 per cent of cases of dementia in the U.S.

In the year 2013, about 6.8 million people in the U.S. have been diagnosed with dementia. Out of these, nearly 5 million had a diagnosis of Alzheimer’s disease. By the year 2050, the number is expected to double.

Alzheimer’s disease is a neurodegenerative disease. Symptoms are mild at the initial stages, but they become much more severe over time. This disease is a progressive disorder that usually causes brain cells to waste away or degenerate and then die. Alzheimer’s disease is the common cause of dementia which is a continuous decline in their thinking, behavioral and also social skills that disrupts the ability of a person to function independently.

Signs of this disease include forgetting recent events or conversations. As long as the disease progresses, a person suffering with Alzheimer’s disease will develop memory impairment and may also lose the ability to carry out their everyday tasks.

Read More – 10 Tips on How to Get Glowing Skin

What are the Causes of Alzheimer’s Disease?

Causes of Alzheimer’s disease probably include a combination of genetic, environmental, and also lifestyle factors. The main importance of any of these factors might be in increasing or decreasing the risk of developing this disease as it may differ from person to person.

Few scientists are also conducting some studies to learn more about the plaques, tangles, and many other biological features of this condition. Few advances in the brain imaging techniques might allow the researchers to see that the development and spread of the abnormal amyloid and tau proteins which are in the living brain, as well as the changes which are in brain structure and function.

Few scientists are by now exploring the very early steps in the disease process by studying the changes in the brain and the body fluids that can be detected years before the Alzheimer’s symptoms appear.

What are the Symptoms of Alzheimer’s Disease?

A person suffering from Alzheimer’s disease will eventually need full-time assistance. In order to receive a diagnosis of the Alzheimer’s condition, the person must have experienced a decline in the cognitive or behavioral function. And their performance must be compared with how they were previously. The decline in their activities and behavior must interfere with their ability to function at work or in their usual activities.

Their cognitive decline must be seen in at least two of the five main symptom areas which are listed below:

1. Their reduced ability to grab and remember new information, which can generally lead to, for example:

2. They usually suffer from reasoning impairment, any complex tasking, and also exercising judgment, such as:

3. They might have any impaired visuospatial abilities that are generally not seen, for example, some might be due to eye sight problems. They could be:

4. They will have an impaired speaking, reading and writing, for example:

5. Some changes may be noticed in their personality and behavior, such as:

The most prominent deficit in this condition is in the executive dysfunction which would be to do with the reasoning, judgment, and problem-solving.

What is the Treatment of Alzheimer’s disease?

The current day Alzheimer’s disease medications might temporarily improve the symptoms or may also slow down the rate of decline. The treatments of this disease can sometimes help people suffering with Alzheimer’s disease to maximize function and also maintain independence for a time. 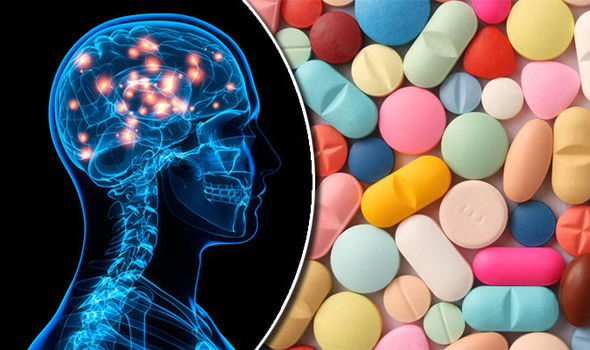 As of now, no treatment cures Alzheimer’s disease or may alter the disease process in the brain. In the advanced stages of this Alzheimer’s disease, complications from severe loss of brain function such as dehydration, malnutrition or infection might result in death.

1. What is the main cause of Alzheimer’s?

2. What are the 7 stages of Alzheimer’s?

The following are the 7 stages of Alzheimer’s: